I was recently asked by Jim Weiker of the Columbus Dispatch to comment on the question, "What do you think will be the most significant home design trend in the next 10 years".  Several designers and Architects, including myself, were included on the piece he wrote.

Just in case you'd like to hear more on the subject, the following is my commentary in its entirety.
The trend in the future is “not to be trendy, but instead, to have the confidence to be more of an individualist”.  Sites like Houzz and Pinterest are making architecture and design ideas so much more accessible; everyone is a lot less afraid to do what they want in their homes.

Actually, I do see a trend in that my clients seem to be willing to be creative and unique in expressing themselves in both their home’s design and décor; they are less interested in what “The Jones’” are doing or what the next owner might want.  They are becoming braver to follow their instincts; designing for themselves. 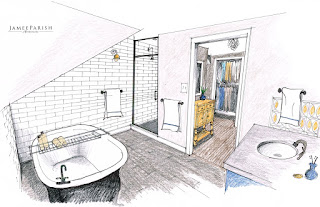 A lot of my clients are stepping away from the “vanilla choice”, in general; they are excited about doing something more fun, creative, and representative of who they are and how they live.

For example, not everyone prefers a completely wide open floor plan.  Depending on the house and client, it may make more sense to have a partially open floor plan where the spaces are relatively open, but still clearly defined as separate spaces.

Another example is that not everyone needs or wants a lot of upper cabinetry in their kitchen; they’d much rather have large windows or open views into other rooms.  As long as the storage can be accommodated for elsewhere, this can be a beautiful, functional solution.

Yet another example is in the master bathroom.  Sometimes countertop space is much more valuable real-estate than two sinks might be; especially if you’re dealing with a limited amount of space.

Again, these examples are dependent on each client as an individual, with their own tastes, preferences, and habits.  In general, I think that what my clients all long for is a little less predictability! 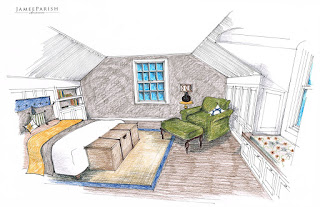 Email ThisBlogThis!Share to TwitterShare to FacebookShare to Pinterest
What is this about? Mary Janes - For All Ages